Why you need to work with your GDI Insurance Agency broker to make sure your California general liability insurance is right for the subcontracts you are signing. Failure to get this one item correct can cost you your company! Ask yourself when the last time your insurance broker asked to read the contracts you are signing or even mentioned the Risk of Action Over to you. Then call GDI Insurance Agency, Inc. 1-888-991-2929

Get My Contractor Quote!

Example: You are a sub contractor. You send your crew to work at a job site, and one is injured. You have workers comp to protect you? Maybe. But what happens if that employee now sues the prime contractor and project owner for their injuries? Will your general liability insurance defend you and pay if you are responsible for the loss if you assumed it by contract?

Could an exclusion in your commercial general liability (CGL) policy leave your business liable for damages due to an employee’s injury, even though the employee already received workers’ compensation benefits? It may seem like the answer should be a simple “No,” given that workers’ compensation generally limits the remedies an employee can obtain from an employer for a work-related injury. Yet, whenever an employer assumes general liability through a contract with a third-party, the answer could be a very costly “Yes.”

This is because workers’ compensation does not bar injured employees from suing third parties, and it is possible for those lawsuits to circle back from a third party to the employer. These lawsuits are often referred to as “third-party action-over” claims. If an employer’s CGL excludes all coverage for claims involving its employees’ work-related injuries, the employer could end up facing a third-party action-over claim without insurance.

It’s a complicated risk, but understanding the nature of the potential liability and the limits and exclusions of your insurance policies is essential to protecting yourself from this exposure.

Make sure you talk to your GDI Insurance Broker about Action Over and Third Party Action over. It actually doesn’t cost more to get the right coverage! 1-888-991-2929.

How We Do It

In short, a third party action over claim occurs when an employee’s lawsuit against a third party rebounds back onto the employer because of that employer’s prior contractual arrangement with the third party. That may sound complicated, but an example can help illustrate the parties involved and the nature of the liability:

It’s important to note that the third party doesn’t have to be a property owner. Any other third party could trigger the action-over claim, as long as the employer (the contractor in the above example) has a contractual agreement with the third party that indemnifies the third party from liability.

The Limits of Workers’ Compensation

The standard CGL policy explicitly excludes coverage for any claims involving work-related injuries to employees of the policyholder, but a crucial exception to this exclusion brings third-party action-over claims back under the CGL coverage.

In recent years, however, some insurance carriers have attempted to reduce their losses by amending or altering the standard CGL policy. Different carriers have adopted different tactics, but the effect has been the same—to remove the policyholder’s protection from liability in third-party action-over claims.

One provision to watch out for is the absolute employer’s liability exclusion. As its name implies, this excludes the policyholder’s coverage relating to employee injuries, regardless of the circumstances—including third-party action-over claims.

It’s essential for businesses to make sure their CGL policies don’t contain these exclusions or remove protection in other ways. After all, these exclusions could mean that a business with workers’ compensation, employer’s liability and commercial liability insurance could still be held directly liable—even for someone else’s negligence.

Protecting All Types of Contractor and Construction Companies!

We have many specialty construction insurance programs to choose from: 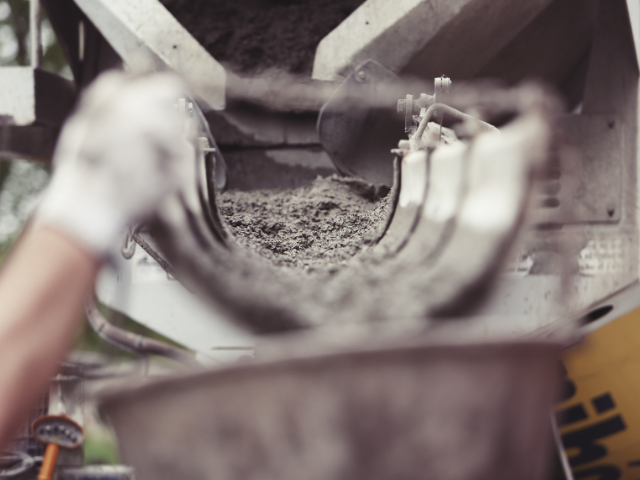 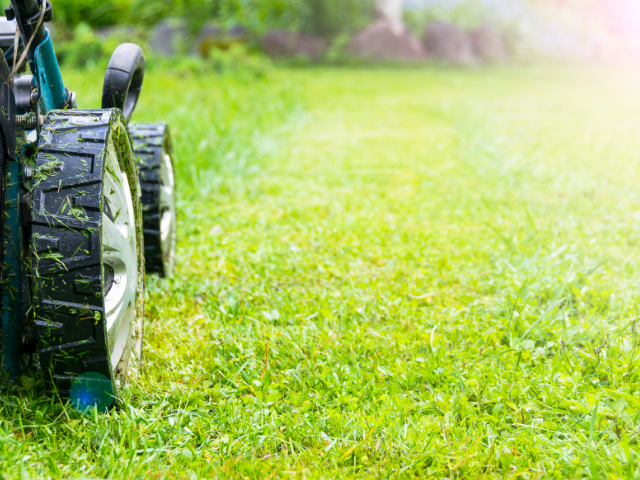 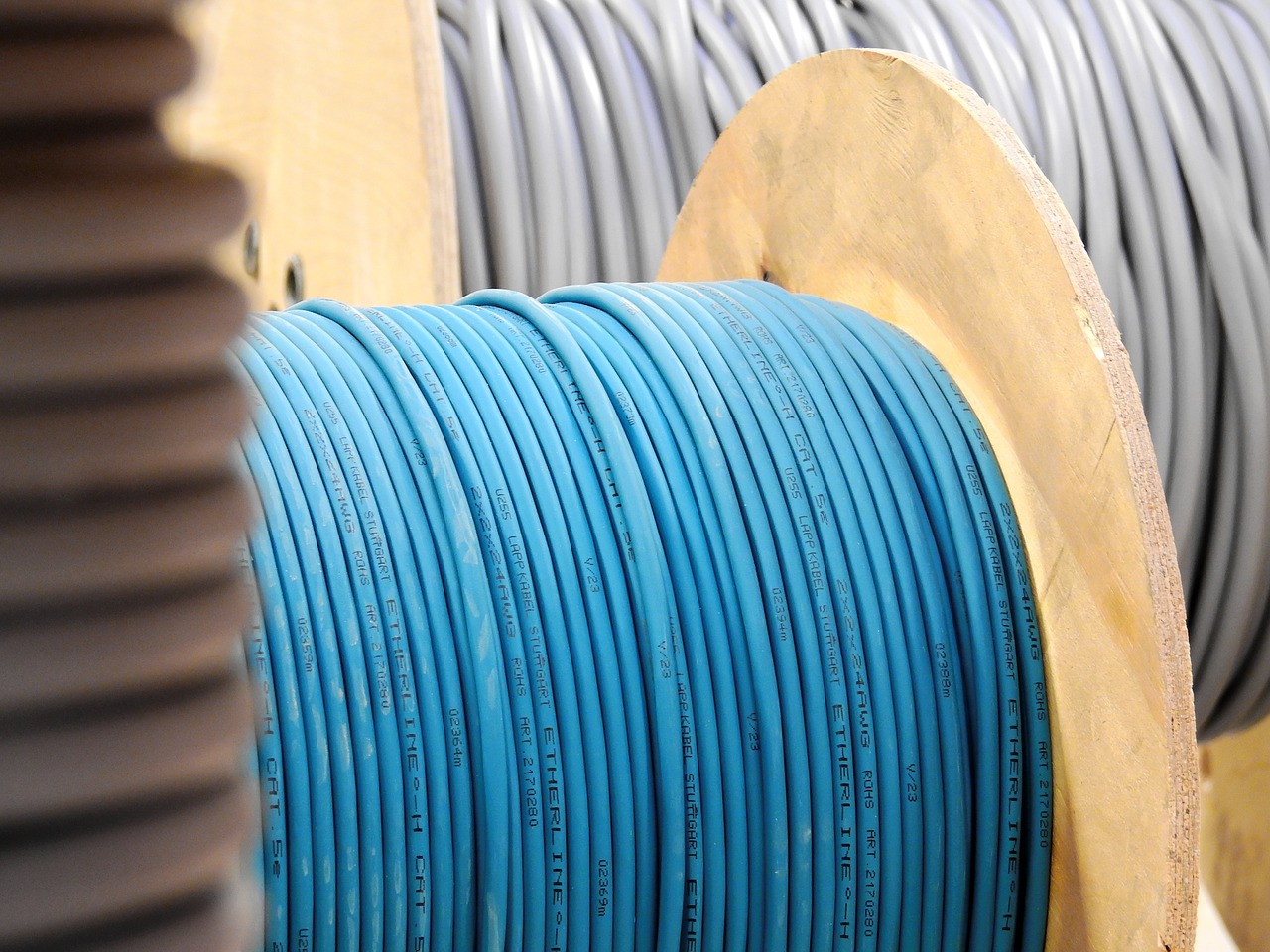 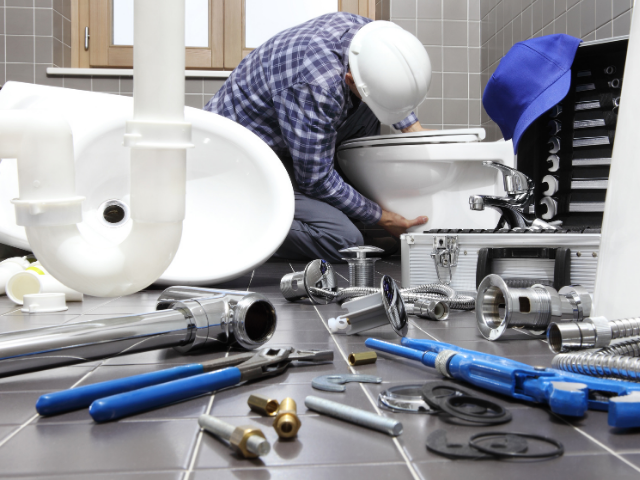 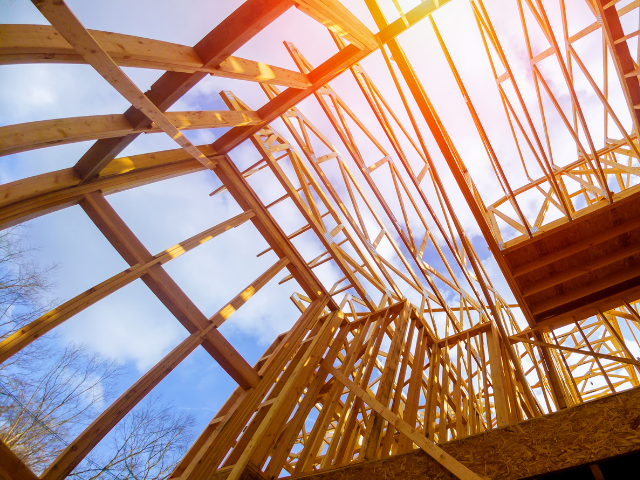 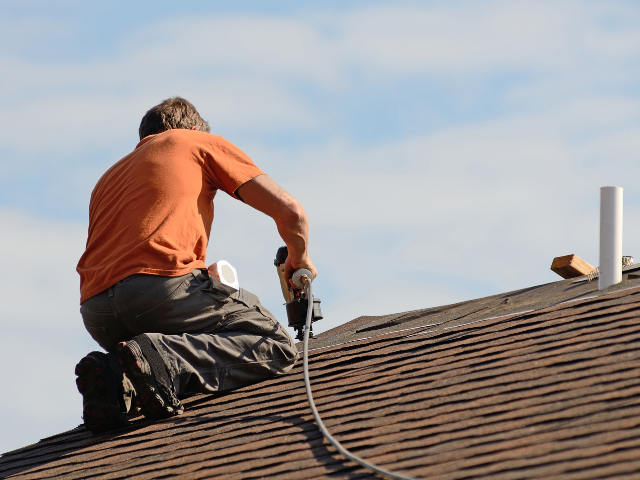 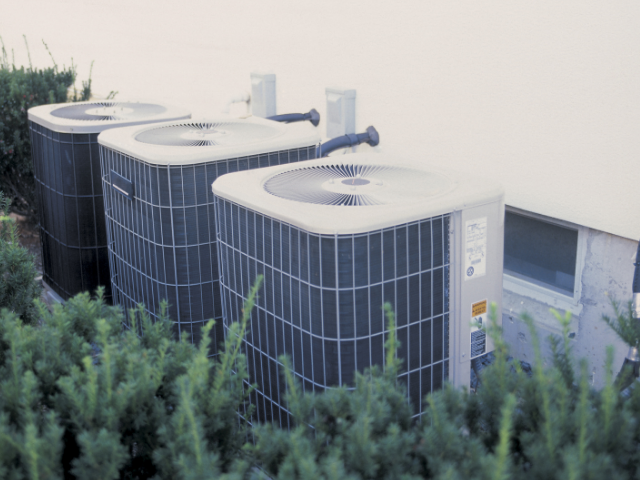 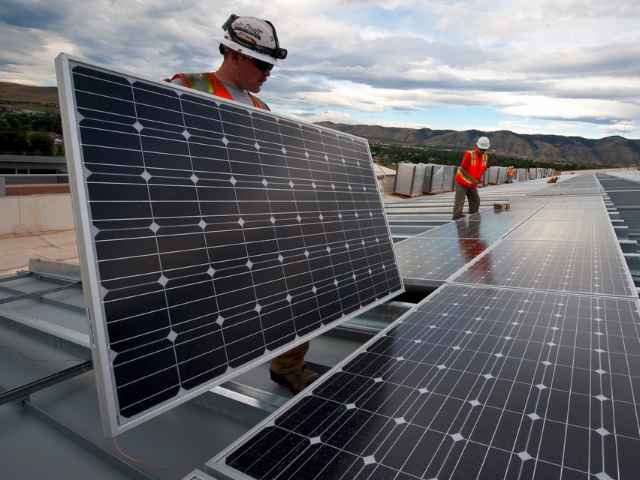 We don’t just make a sale and leave you hanging, here are just a few of the added value items we provide:

At GDI Insurance Agency, Inc. we provide this comprehensive protection plan whether you are a sole proprietor performing general remodeling, a specialty trade or artisan contractor, or the largest general construction firm in the industry…

Our Business Insurance Tools Will Put You in the Driver’s Seat!

Our agency can help you build solid loss control and safety programs to help you stay on top of your biggest risk management and compliance challenges, such as:

Our transportation industry safety manual and employee safety resources can provide your place of business with useful injury prevention information.

You are responsible for complying with regulations from OSHA, DOT and more. Let us show you how to do so correctly.

We have the risk management expertise to help you plan and control resources and activities in order to cost-effectively fulfill your objectives.

Our employee safety materials help you promote a safety-minded workplace. We have flyers, posters, payroll stuffers.

We have reference materials, forms and checklists that will help you remain in compliance with DOT/FMCSA regulations. 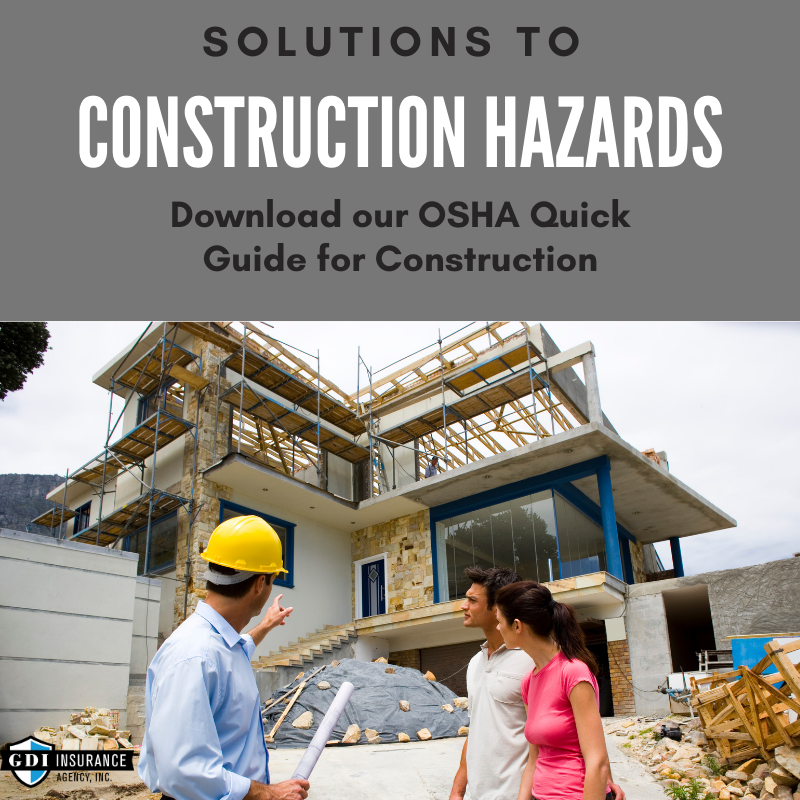 Third-party action-over claims may seem like a convoluted risk, but in the event of another party’s negligence, that risk can become very costly. And for better or worse, there’s little else a business can do other than to make sure it has appropriate coverage.

Insurance policies can be complicated documents, often filled with exclusions, exceptions and exclusions of the exceptions. That’s why it’s essential to work with a trusted advisor when assessing your business’s exposures and determining the right coverage to match your business’s specific needs.

Contact GDI Insurance Agency, Inc. today at 209-634-2929 to learn more about your CGL insurance options and to make sure you’re covered.

Learn About the GDI Client Philosophy!

If You Think This Sounds Too Good To Be True, Here Is What Just A Few Of Our Clients Have To Say about their Contractors Insurance:

We looked hard at all our budget items, and insurance seemed to be a big fixed expense. GDI found us a policy for $385,000 less a year than we were paying”

When everyone else said that was the best they could do, I called GDI, and they found me coverage for $140,000 less a year than anyone else offered.”

At GDI Insurance Agency, Inc. we will do the work for you to ensure you have the best protection plan for your California business automobiles.  Not only that, but as you can see, we will go the extra mile to make sure your business is protected from the inside-out.

Located in Turlock, CA we have offices throughout California’s Central Valley, Northern California and beyond.

To put the GDI Insurance Agency, Inc. experts to work for you, simply fill click our quote button above or call our office today at 1-888-991-2929 to learn more about GDI’s Exclusive California Commercial Contractor Insurance Program! 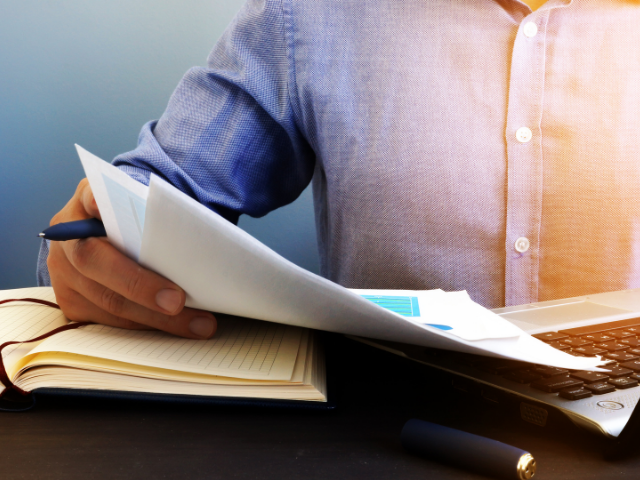 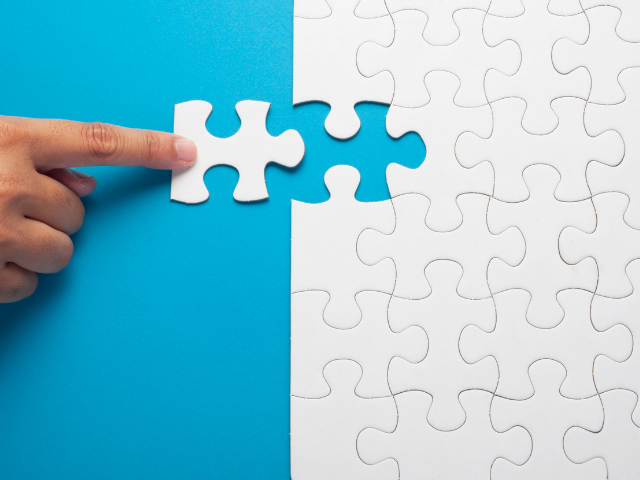 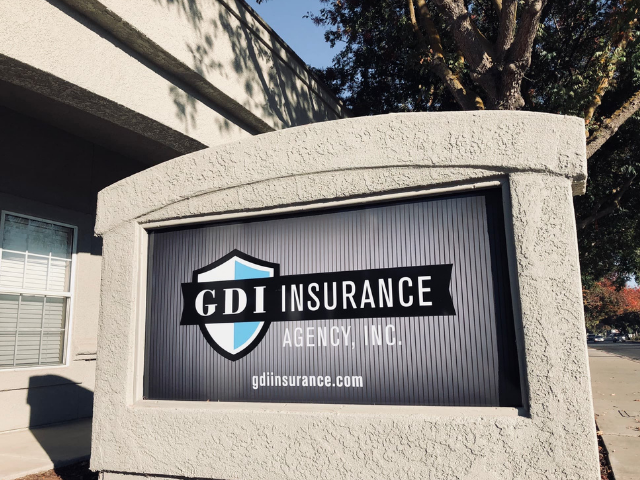